Fate can be cruel sometimes, playing and pulling two people who weren’t supposed to meet into a whirlwind of feelings, unbearable decisions and painful reality. Having to marry the king’s daughter, Hoseok, the son of a noble family, moves into the palace, only to find out that it’s way harder to hate the system if it has a face. Continuously trying to push borders and boundaries, the young prince consort attempts to create a world for himself and the people he loves while falling deeper for the face of the system, the golden skin and the ice-blue eyes.

Biografie
We are Maria and Irina. Sisters, psychologists and passionate writers. We write books about male/male relationships, hardships, mental health issues and real life struggles. We write a lot, so expect to see quite some stories in the future =) Our books contain explicit descriptions, so it's nothing for readers under 18. 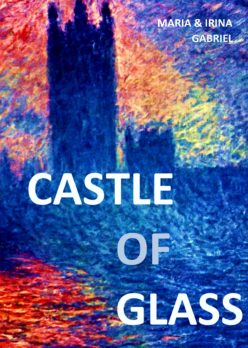